What is hybrid cannabis? And is it right for me?

When you visit a cannabis dispensary for the first time, you’re going to be overwhelmed by options.  Chief among them, the differences between marijuana flower buds, which are generally divided into three main classes: Indica, Sativa, and Hybrid. Don’t be wigged out.

Different types of cannabis are analogous to different breeds of dogs, or different varietals of wine grapes, or beer hops. They’re all still the same species, but we’ve bred them to become quite distinct.

The thousands of strains we enjoy today are the result of several decades of cross-breeding old and new genetics into “hybrid” strains. But what really are “hybrids”? Here’s what you need to know:

What are hybrid types of cannabis?

“Hybrid” cannabis strains are strains like Blue Dream, Jilly Bean, Dutch Treat, and Banana Kush. They are mix (a hybrid) of the other two main classes of cannabis — “indica” and “sativa”. Hybrids often provide a more balanced combination of indica and sativa’s effects. The names “hybrid”, “indica”, and “sativa” are part of the folk taxonomy of cannabis, and they predate modern chemical quantification of the plant. The terms are often not the whole picture, but continue to be useful both to breeders, growers and consumers of marijuana.

Why should I care about hybrids vs indicas vs sativas?

Unlike drinking alcohol, where there is one psychological endpoint — being drunk — different types of cannabis can result in vastly different effects. Knowing what type of cannabis you are consuming can help you achieve the type of effect you might want to feel.

For example, indicas are generally more sedative, so if you want to shut down stress and pass out on the couch — indicas it is. (One good way to remember the difference is: ‘indicas equal in da couch.’)

By contrast, sativas are categorized as daytime strains, because they are prone to providing an uplifting and energetic head high.

Since hybrids are a mix of sativa and indica, they can provide both mind and body effects. Most strains are hybrids. There are very few pure indicas and sativas due to global breeding programs.

Is there any science underpinning these claims about the existence and effect of strains?

Yes! Unlike alcohol, where the active ingredient is a single molecule, ethanol — cannabis has dozens of active molecules, called “cannabinoids” and “terpenes”.

Each breed of cannabis can have different ratios of these molecules, which work in concert to create cannabis’ diverse effects. A plant’s genes control its expression of its active molecules. Also, the way the plant is grown, harvested and stored can affect the chemical composition of the plant.

Lab analysis has confirmed that major strains like Jack Herer or OG Kush have a consistent chemical fingerprint called “chemotype” that is thought to be responsible for its effects. (However, sometimes growers or stores will mislabel strains, which is similar to the mislabeling problems found in herbalist stores, or fish markets.)

Why are some hybrids labeled “sativa-dominant” or “indica-dominant”?

Hybrids can be either indica or sativa-dominant, meaning they will express the characteristics of the dominant parent with less character­istics of the secondary variety. For example, an indica-dominant hybrid like Cookies will most likely affect the body and offer more sedating effects. A sativa-dominant-hybrid like Super Lemon Haze will lean toward energetic sativa effects.

Other times, a hybrid can be a “true” hybrid, meaning that it is an even mix of both varieties. Blue Dream is considered a true hybrid, balancing the indica sedation of the parent Blueberry with the sativa energy of Haze.

Who are hybrids right for?

Everyone’s personal chemistry is different and discovering the cannabis effects you like is often a matter of trial and error. That said, hybrids are great for beginners, who might not know how cannabis makes them feel, or know how they want cannabis to make them feel. Hybrids can also be great for medical cannabis patients who are going to be using the product regularly and need “balanced” effects they can tolerate all day long.

What are the most common types of hybrids to shop for?

Kush strains are perhaps the most common hybrid variety available today. The legendary indica-dominant hybrid OG Kush strain originated out of Southern California in the mid 1990s. While the genetics of this hybrid are heavily debated, its popularity is undeniable. Various growers have used cuttings from the OG plant to grow popular pheno­types of their own—spawning an OG craze among growers and tokers alike. Older “legendary” hybrids like Diesels and Skunks are living proof of the value of experimenting and crossbreeding plants and are now used as a building block in some of the most popular hybrids being developed and grown today. While newer hybrids like Blue Dream, Cookies, and GG4 have become some of the most versa­tile strains available today—appealing to indica and sativa-lovers alike. 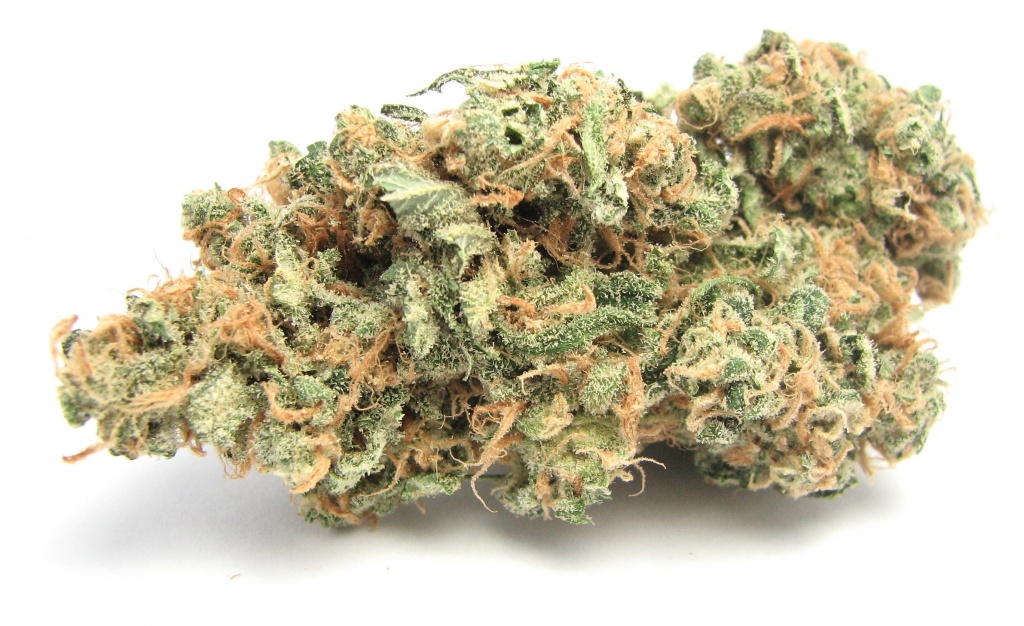 Cookies is thought to be a hybrid of the sativa Durban with the indica-dominant hybrids Grand Daddy Purple and a type of OG Kush called Triangle Kush.

What medical effects do the most common hybrids have?

Where do hybrids come from?

Hybrids come from breeding (“hybridization”) indica and sativa plants together. For centuries American farmers have sought to increase the quality of their crops by hybridizing them with different varieties from around the world. Similarly, modern cannabis breeding as we know it began on the west coast of the United States and Canada in the mid-’60s – and it hasn’t stopped. Farmers mixed mold-resistant equatorial sativas with fast-flowering, subtropical indicas for a more viable commercial crop.

Cannabis comes in male and female sexes and is an annual crop that reproduces through pollination and creating seeds. Most wild hybrids are unstable mixes of both parents. Subsequent generations may yield wildly varying mixes of the parents’ genes — just like people.

To “stabilize” a new hybrid, a breeder must selectively inbreed generations of the same hybrid (called “back-crossing”), until each future generation of hybrid expresses its genes in a generally consistent way.

How do I learn more about hybrids?

New hybrids are coming out seemingly every week in the world, and it’s impossible to keep up with all of them.

You can go to strain information sites like Leafly.com, which index popular strains and allow users to post reviews of their effects. For a more underground, in-depth analysis of a particular hybrid strain, we like Seedfinder.eu, where the information is often provided by the breeder themselves.

There are also reference books filled with popular and classic hybrids. They include Ed Rosenthal’s Big Book of Buds, “Green” by Dan Michaels, and the Cannabis Sativa or Cannabis Indica volumes from Green Candy Press.